Well, we almost thought Maddie might be on her way this morning at around 2am but it's all calmed down and Anne's dozing. Looks like Grandad Moc's desire for a Sunday morning delivery (easier parking, you see) may not come to pass! Watch this space, as they say!

Posted by Steve Connor at 12:09 pm No comments:

Ducks, rugby and the insidious patriarch 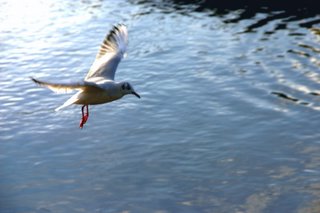 Supplementary to the 2.00 am report above... we have of course been attempting all the dark arts available to us to bring on the birth. Raspberry tea, pineapple, playing Twister. Actually just kidding about the Twister, Anne's uber-bump and my status as a three-limbed Mancunian make all such physical activities risky, to say the least; which is why we haven't tried the oldest of all the old wives tales in our attempts to get Maddie's birth started.

One thing we tried yesterday was a romp around Fletcher Moss gardens in Didsbury. The idea being that a lengthy walk, feeding of ducks, the sight of chunky fellas playing rugby in near zero temperatures and some derelict properties on Stenner Lane would be more than enough to get the whole show on the road. No birth resulted, but we did get assaulted by a very load and large flock of seagulls (no, not the band) and geese who nicked all the bread. We managed to feed one duck, three geese and about 50 seagulls... ah well.

Finally, a quick word on the male use of plural pronouns as childbirth approaches. Having just been castigated yet again by one of our mates for phrases like 'we thought something was happening during the night' or 'we'd better take it easy to day' is NOT an attempt by a surreptitious patriarch to steal the thunder and the primeval magic of childbirth from the woman who of course is doing all the work... I know I only had an early bit part in this particularly joyous drama... honest... an heroic part of course, perhaps with rhyming couplets and a doublet and hose... ahem... : )

Posted by Steve Connor at 12:08 pm No comments:

Clearly I've got a new toy and putting up far too many posts, but I just downloaded a blog widget for Mac dashboard which means a) I can upload blog entries while watching the San Diego Zoo Panda Cam and b) I am a geek : )
Posted by Steve Connor at 12:40 pm No comments: 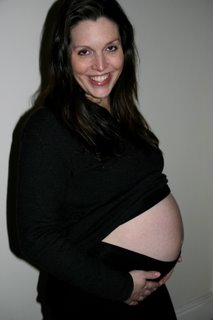 And for those of you haven't been lucky enough to encounter the bump in person, here's a picture of a blooming Anne Kurdock take four days before Maddie's due date... You'll notice that Anne is wearing her regulation-issue, all-black, 'Pregnant Commando' look that has been all the rage at Four Limley for the last few months.
Posted by Steve Connor at 11:22 am No comments:

Morning. Pleased to report that Anne got a fairly decent night's sleep (if you count the obligatory 5 am switch to the sofa) but there's no sign of miss Maddie yet... frustrating? Just a bit...
Posted by Steve Connor at 9:42 am No comments: 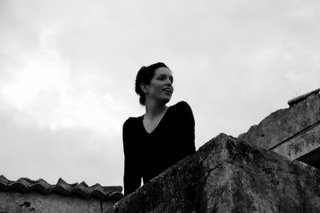 Mornin' campers. Have been egged on by endless talk of blogging in the office to actually get off my butt and start a blog! Having talked about them for the last two or three years and their miraculous impact on the communications landscape it's high time I crafted one of my own. With impending arrival of little person, this will I hope be the perfect way to post up all those gloopy piccies that we'll find adorable but which may become a little tiring after a while for those around us. Apologies in advance... By the way, the upper picture is of Anne in Greece this October, the lower of my idea of a top place to hang out. 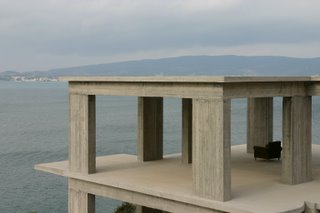 Posted by Steve Connor at 4:35 pm No comments: